The Prince And The Pauper

Two babies are born on the same day into very different lives. One is a prince and the other is a pauper who will grow up to beg on the streets of London. 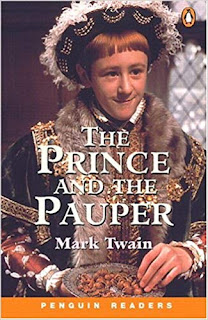 The Prince and the Pauper was Mark Twain's first book about people in an earlier time. He writes about the lives of rich people and poor people.

'I have an idea,' said Edward suddenly. He jumped out of his chair.
'Let's change clothes. You can be the prince and I'll be the pauper!'


One day, ten years later, the prince and the pauper meet and they change places. For a short time they enjoy it. But then they cannot change back. That same day, the old king dies. Will a pauper now be King of England?
時刻: 12月 20, 2018 1 件のコメント:

The House on the Hill 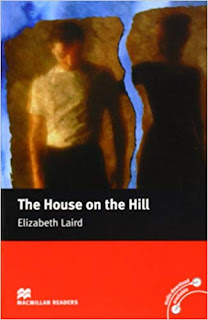 Paul walked near the river and watched the water birds. Then he saw the girl who is young, and very beautiful. They talked for a long time. After that day, they often met near the river. And Paul found he fell in love with her. He decided to work hard to be rich for her. But Maria's mother didn't like Paul because he is a poor man. So she let her daughter get away from him. They finally broke up and Paul felt down all the day. He didn't want to eat anything and talk to people. But an advertisement changed his life. Do you want to know the next? Please find it in the library and read it!!
時刻: 12月 13, 2018 1 件のコメント:

The March sisters - Meg, Jo, Beth and Amy - have grown up. They are young women now. Each sister has a different plan for her future life. Meg is going to marry John Brooke. She wants to have children. Jo wants an exciting life and she wants to be famous writer. Amy wants to be a painter and she wants to travel to Europe. Beth wants to stay at home. She wants to have a happy, quite life. Their personalities are so different. But they meet someone good and start a good life. In this book, I think Jo is a identical woman for me. She can say no what she doesn't like and she can find her love by herself. I think it is great. Please read this book, you can find some different ways to think about life.
時刻: 12月 06, 2018 1 件のコメント:

“Why did you make the Truth Machine?” asked the reporter.“I love truth,” said Professor Verity, ‘and I hate lies,’

The truth machine is just like the polygraph used by polices. There are three people who examined by this machine. They are someone’s husband, criminal, spy. They paid professor a lot of money. After the test, they became unhappy, lost their job and don’t know what to do next. Finally, they found the man who created this machine just wanted money, successful and power. So, they decided to visit the lab. Would you be willing to take a lie detector test? 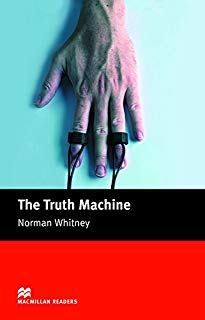 Alice through the Looking-Glass

The glass was melting away, like a bright silvery mist. In a moment, Alice was through and had crossed over into the looking-glass room. ...